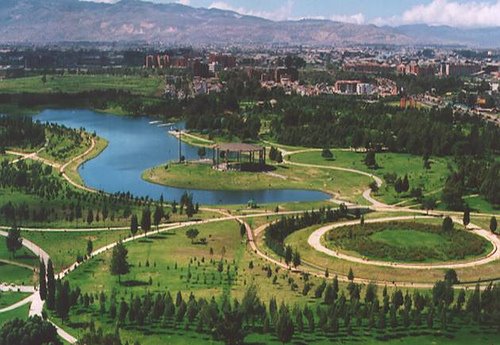 The Simón Bolívar Metropolitan Park is a set of surrounding green areas, its extension is greater than that of Central Park in New York, totaling over 400 hectares. Today it is considered the “lung of the city”, because of its strategic location in the heart of Bogota, due to its wide vegetation and large dimension of its green areas. Also by the amount and variety of scenarios that make it up. The enclosure is included among other parks.